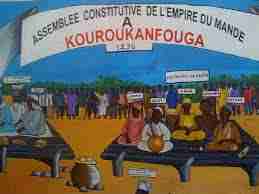 Africa Is a women

AFRICA IS A WOMAN Africa is a woman, because the major responsibilities and problems of African society fall on the shoulders of women. But Africa is also a woman because the unexpressed potential of the female population is a resource of enormous value for the development of the continent. Nonetheless, women’s rights are not protected […]